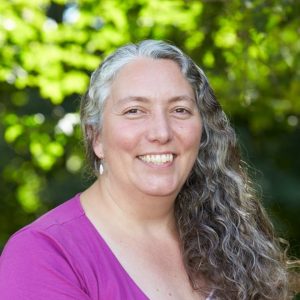 Laura Hayes started her teaching career as a student tutor in high school. While studying Geology at Tech University in Hannover, Germany, and later Environmental Sciences for Technicians, she started her own tutoring school. In order to serve her tutoring students better, she decided to delve deeper into Waldorf education as she had already found answers in the wisdom of Anthroposophy. She quickly felt at home and received her Waldorf Teacher Certificate from the “Seminar für Waldorfpädagogik” (seminar for Waldorf pedagogy) of Hannover. She took her first class, a 7th grade, in 2004. After graduating this class she became the teacher for a 4th grade class at the Waldorfschule Hannover. She also offered specialty classes in English for lower grades and ethics at the Waldorf high school. Laura is also certified in Remedial Education for Waldorf teachers from the Heilpädagogische Lehrerseminar Hamburg and trained in non-violent communication by Marshall Rosenberg.

After graduating her second class in 2011 Laura and her son immigrated to the US and started a new life in Freeport, Maine at the Maine Coast Waldorf School (formerly Merriconeag). In true pioneering spirit they lived off the grid in a self-built tiny house in the woods. After four years of Maine winters they longed for slightly warmer winters and Laura took a sabbatical. She became a certified health coach from the Institute of Integrative Nutrition and worked as a life coach, lecturer, and systemic family constellation facilitator. In 2016 she began teaching German at HVWS. At the same time, she met her soon to be husband, David. One year later, she embraced the calling of becoming the class teacher for the rising 4th grade. Together with her husband and children, she enjoys her growing farmstead, including many animals. She delights in feeding the animals and watching them munch away as much as she enjoys offering her students new content and observing them learn.